Spiritual Blindness: Impossible for an Atheist

If you haven’t heard, Stephen Fry made waves recently with this interview wherein he declares that a world which exists with such suffering as bone cancer in children must clearly be created by a madman.   He makes a valid point.

In the melee that’s followed he’s been accused of being ‘spiritually blind.‘

It’s an interesting accusation, spiritual blindness, and one that we atheists get often.  Yet if we consider the issue a bit deeper, in order for one to make the rational, logical, evidence based decision to become an atheist, we must examine the very depths of our spirituality. – the very opposite of being spiritually blind.  It’s not as if any of us wake up one day and in the course of one conversation we declare ourselves without belief in a deity.  No, we come to the conclusion thoughtfully and often over years of self reflection and soul searching. I would therefore contend vigorously that atheists are amongst the most aware creatures alive.

We can look at it another way of course.  An atheist is typically well read and informed because their resources are as limitless as their curiosity.  On the other side of the spectrum, a religious person is mandated to be bound to a single fallible text, often accompanied by a narrow interpretation and without any countering evidence.  Who is most likely to be blind? 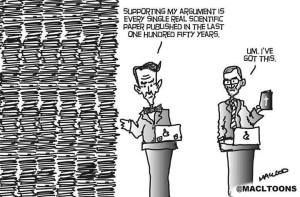 I suspect the accusation towards atheist concerning spiritual blindness is more of a subconscious projection:  when faced with the reality of their dilemma, in this case Stephen Fry’s logical point of how an omniscient god can allow innocent children to suffer, it’s easier to deflect the issue and make an illogical allegation.

Truth will out kids….and here’s to spiritual awareness…..